Passion for the Past

Where did my love of old buildings come from and why do I enjoy working on them so much? Well, I think every psychologist in the country will jump for joy when I say that it started - as with most things - in my childhood.

And, no, I won't be needing a DeLorean either.

Many of you may think that I’m completely mad to have such a love for old structures - and you’d be right to think that way. If you have ever worked with an old building then you’ll know that they can quite often be cantankerous, stubborn and full of surprises; mostly expensive ones that lurk behind layers of lead paint, under old carpet, lino and newspaper, often disguised with builders bog.... all topped off with a heavy sprinkling of over 100 hundred years worth of dust, dirt and rat droppings. Not to mention the odd unhappy ghost.

Ghosts: part of the character of an old building,

but considerably harder to get rid of than dry rot.

Then of course there are the grade I and II listed structures that will set you back a mint to restore; with only the correct sort of reed, that was sourced from the nearby local duck pond that has since been filled in to make way for a carpark. Then you'll be held up for months waiting for the heritage department of the local council to make a decision on whether your choice of reed from a not so local river bank - that despite looking the same, isn't quite the same - may suffice instead. Joy.

However, sometimes these monuments to our past can delight us with pleasant surprises. As the fabric of the building is carefully peeled back they can reveal beautiful, hidden treasures; original materials, boarded up fireplaces, boarded up cats, plaster ceilings, rare timber floor boards and objects that are unique to the building and part of its history. But where did my passion come from and why am I so enthusiastic about old buildings?

Well, I really do have to thank my father for it.

Dennis James William Axbey started his career as a carpenter/joiner and moved rapidly into construction management, ultimately overseeing the construction of one of London's largest hotels: The Royal National in Bedford Way, Russell Square.

My father was also a lover of historic architecture which meant that many of our family holidays would involve numerous visits to ruined castles, unruined castles, ancient monuments and stately homes: little did my father know that he was inadvertently preparing me for my future career.

The Brylcreem era - my dad in his airforce uniform circa 1947.

Of the many halls, grand houses and palaces visited, one particular stately home is forever burned into my memory; Blickling Hall near Alyesham in Norfolk, England. This imposing Jacobean hall was built in 1619-20 by Robert Lyminge and was the birth place of the ill fated - eventually to be headless - Anne Boleyn. The building really did cement in place my admiration for the brilliance and creativity of the designers, architects, craftsmen and craftswomen of the period.

The imposing edifice of Blickling Hall.... I think it's time I returned for a visit.

As I delve even further into the recesses of my dusty mind I can distinctly remember one room in particular: The Long Gallery and library. At 123 feet (approaching 37 metres) in length, it not only boasts one of the largest single collections of books with over 12000 volumes on both walls, it also has one of the most incredible plaster ceilings I have ever seen. The ceiling's intricate design incorporates a series of individually created decorative bosses that seem to defy gravity and precariously point towards at the floor.

My admiration for this room knows no bounds - the ceiling is simply incredible.

What still amazes me is the fact that these bosses - along with the rest of the ceiling - have remained attached, upsidedown and in their original position without repair for over 400 years: that is a testament to the builders of the time and I will forever be in awe of their capabilities and attention to detail. Aside from the ceiling there were other attributes for the rest of the property; rich fabrics, massive drapes, exquisite furniture, gorgeous carved panelling, fireplaces - oh my, sooo many wonderful fireplaces - art, carpets and tapestries. No wonder it left such a permanent and lasting impression on me.

Rich fabrics and furnishings, gold leaf columns and plasterwork: what a perfect combination

After leaving school with reasonable results… although I achieved poorly in Physics and disastrously in English literature; to this day I will never again pick up a copy of Barchester Towers by Anthony Trollope, or fathom how a 15 year old kid was meant to find the waring factions of the Victorian Ecclesiastical Church of England in any way, shape or form interesting - let alone humorous.

Yes - me at the English and Physics exam.

After leaving school, I decided to enrol at a technical college and commenced a 5 year course to attain a Diploma and Higher National Certifiacte in Building Studies. Now, around the same time period my father, who had hit fifty, went completely mad: he decided to leave London and set up his own business returning to carpentry & joinery in partnership with my brother.

During college recess I was able to tag along and earn a bit of cash as a labourer, during this time my father worked on one of the most interesting projects: an 1800’s house that was the former home of Cartoonist and Writer George De Maurier (whoever he is). 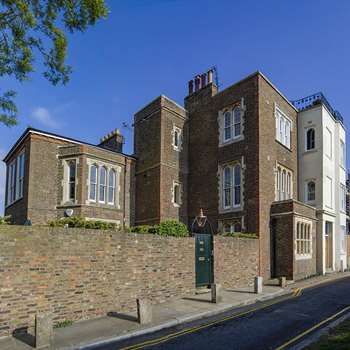 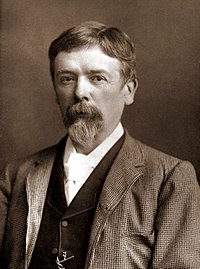 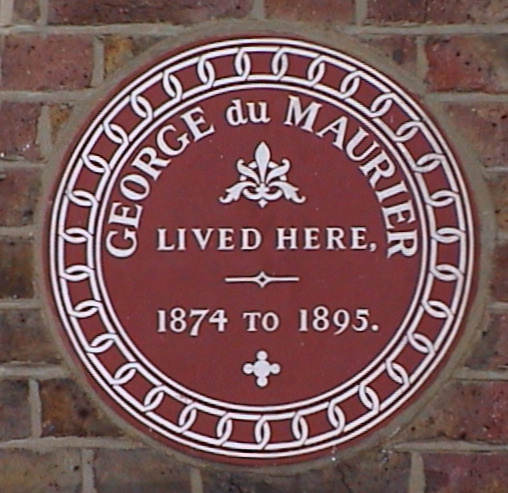 New Grove House is located in the salubrious London suburb of Hampstead Heath. When I saw the house during the late 80's - boom time Thatcher's England, yuppies and their Porsches were everywhere - it was in the process of being converted into 3 exclusive apartments and my father was one of the carpenter/joiners on the project. The house captivated me completely.

I met with the interior designer and we chatted about her vision and plans; I loved them all, especially the ones that upset the conservation officer the most! I was totally hooked. On reflection the colour schemes were very 80’s: blue ceramic tiles on bench tops and pastel pink bathroom suites. But I was completely taken in by the joy of seeing this old building being brought back to life - given new life.

Heritage buildings just seemed to keep throwing themselves at me because when I started work in the construction industry in 1989, my first project was a Georgian house located in the very affluent London district of Mayfair. This beautiful grade I listed house (pictured below) formed part of what was to become the Saudi Arabian Embassy; each room was beautifully restored to its former glory complete with ornate plaster ceilings, timber panelled walls, rich deep piled carpets, expensive fabrics and even more expensive furniture. All using traditional construction techniques and materials due to the grade I listing.

Crewe House; part of the Saudi arabian Embassy in London's Mayfair, where I learnt all about Ashlarings and Porte Cocheres.

The early 90’s were an interesting period; the recession of '92 saw my construction career head south, followed by a 2 year stint at University. During this period came the very untimely death of my father (April '94) -fundamentally changing the direction of my life - that then lead to my unplanned migration to Australia in 1995.

And that's when I fell in love with the charm of Australian buildings, and I've been working on them ever since. I even owned my own piece of history for 15 years before its constant demands took its toll on my health and I left it in the capable hands of its present custondians.

My own peice of Australian heriatge - a 1908 Federation house - gorgeous, but costly.

That said, will I ever tire of their charm and character, their proportions and elegance, their fragility and resilience, their expense and stubborness? Not a chance!

Just some of the trials, tribulations, challenges and transformations.

My love for Hestia